Drugs, alcohol, vehicles, falls, guns and suicide continue to be leading causes of deaths investigated by the San Diego County Medical Examiner’s Office, according to its just-released 2018 Annual Report.

Suicides increased from 458 in 2017 to 465, continuing a trend that has seen suicide numbers increase 13% over the past 10 years, taking population growth into account. Homicides decreased from 106 to 104. And accidental deaths, which include fatalities from drugs, alcohol, falls, traffic, drowning, choking, asphyxiation and other causes, increased from 1,522 in 2017 to 1,583.

“Every case represents a person’s death, mourned by loved ones and friends,” said County Medical Examiner Dr. Glenn Wagner, explaining that the numbers are more than statistics.

“We publish these numbers in this report and through the County’s Open Data Portal,” Wagner said, “to give us all opportunities to learn about injuries and illnesses, find ways to address risks and hopefully, save lives in the future.”

Both the annual report, which covers the 2018 calendar year, and quarterly reports including one for the first three months of 2019, can be found on the Medical Examiner’s Reports and Statistics webpage.

Some of the 2018 Annual Report’s findings included:

Under law, the County Medical Examiner’s Office investigates all “unnatural” deaths, such as suspected homicides, suicides, accidents, and natural deaths that are sudden and unexpected.

Of that group, another 1,031 were concluded to be from natural causes, 1,583 were deemed accidental, 51 could not be determined, 102 were homicides and 465 were suicides.

Last week, the San Diego County Suicide Prevention Council released its own annual report that said suicides remain a significant issue, but one that people can help prevent because the great majority of suicide victims show warning signs.

Wagner said this week that the County urges anyone who is struggling with depression or is concerned about a loved one to seek free mental health and substance abuse counseling. People can call the County’s Behavioral Health and Crisis Line at (888) 724-7240. Suicide prevention and awareness information is also available at the It’s Up to Us website.

“The dead present us with an opportunity to learn from their story,” Wagner said, “a story worth telling.”

To see this year’s report and past years’ reports, go to Medical Examiner’s Reports and Statistics webpage. Medical Examiner’s individual case records can be seen on the County’s Open Data Portal. The portal gives the public access to more than 61,000 cases, through March 2019.

For more information about the County Medical Examiner’s Office, go to its website. 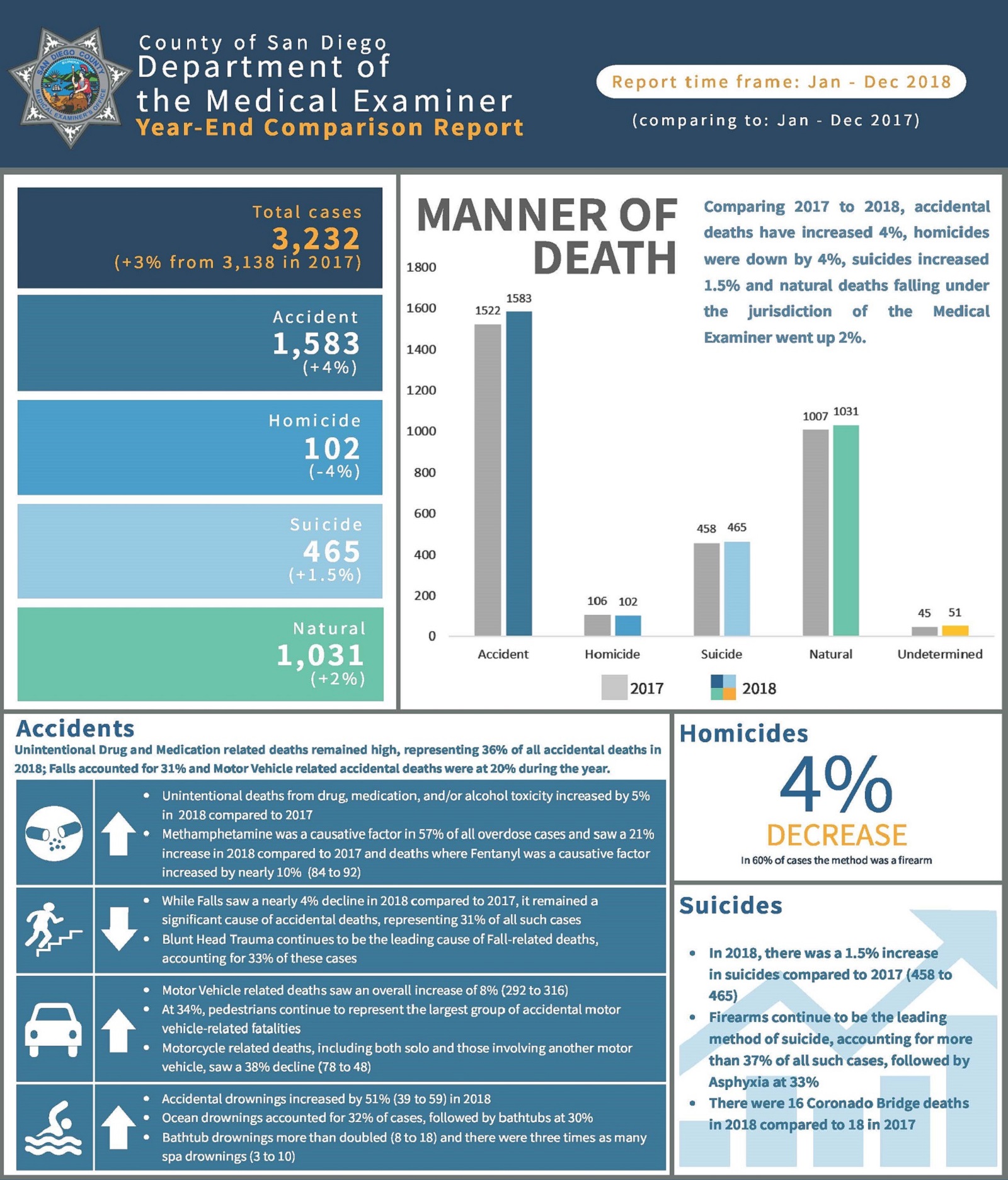 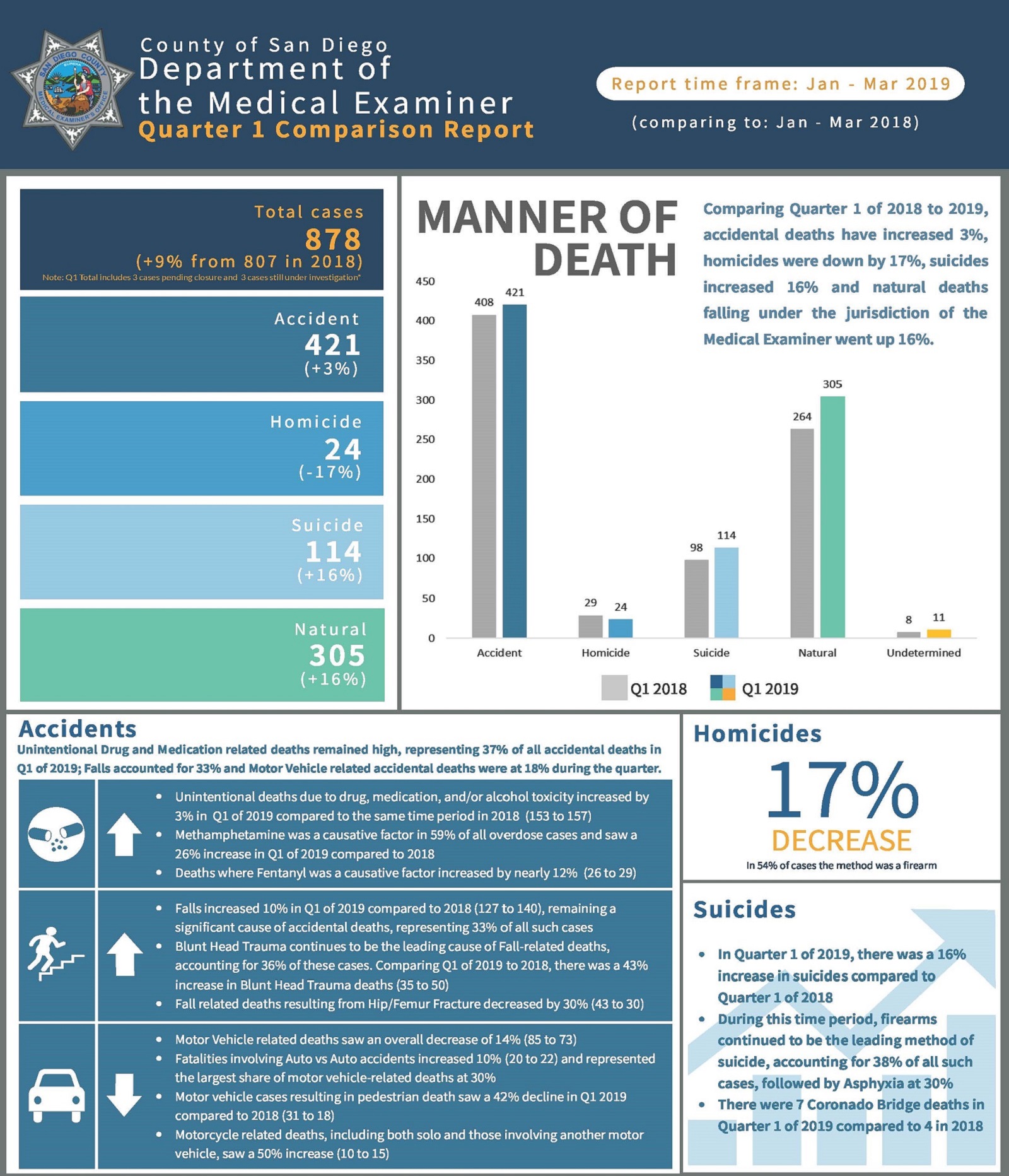 NEXT STORYNext Story:Local Small Businesses – The County Wants You

Get County News Center stories emailed direct to you. 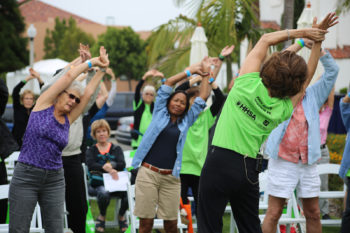 County Unveils Aging Roadmap with Eye to the Future 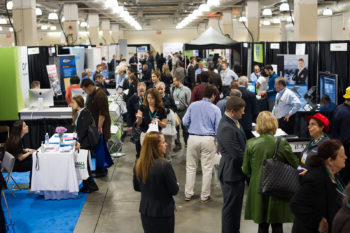 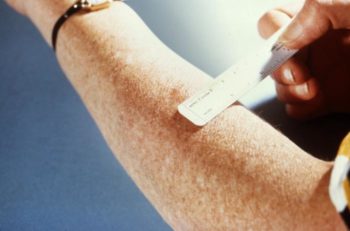 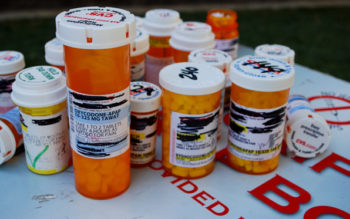 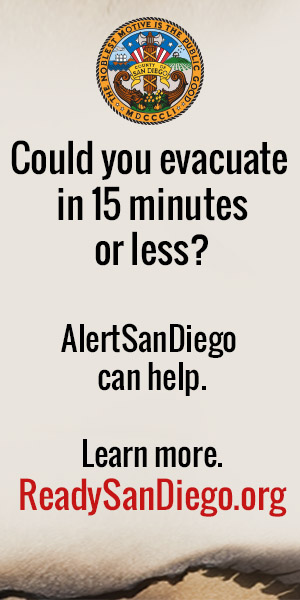